Messy Fun Time seems to be a reoccurring thing on a Friday…… (maybe it’s because I have no lectures on this day!)

I am still experimenting with mediums with my promotion and employability unit, this time my adventures took me to the Screen Printing room, to experiment with my logo. The effects were awesome, and I cannot wait to scan these in to enhance the colours!

(I may already have my favourite!!!!) 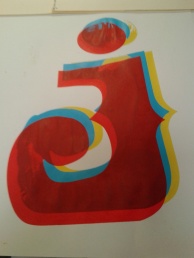 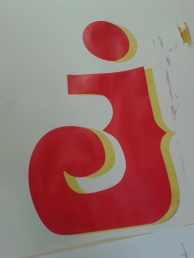 As part of my Professional Practice: Promotion and Employability unit, I have to design my own identity and promotional materials. Now those of you who follow Hotham Designs, you’ll notice my current icon. Yeah…. I am scrapping that from College…..

After four pages of sketches, and one page full of typefaces I have decided to stick with this circus / fairground style character. ‘J’ is the start of my name, I am part of a Circus Society, and I love to be playful and experimental with my design work so this is the perfect style for me to go with.

Obviously it needs work, so separate print layers with the cut out. I will also be digitally crafting this and hand painting it too, to see how the effect works. Then I can focus on the promotional materials, colours, and of course my portfolio site which I hope to hand code in HTML and CSS with a small amount of Java Script if I can get to grips with it in time.

Using woodblock printing inks and Greyboard this is today’s messy fun time!!! I enjoy using different mediums and I am finally getting back into it with my Major Project and this one too!

Watch this space for developments on my identity as a Graphic Designer!

After It was inked 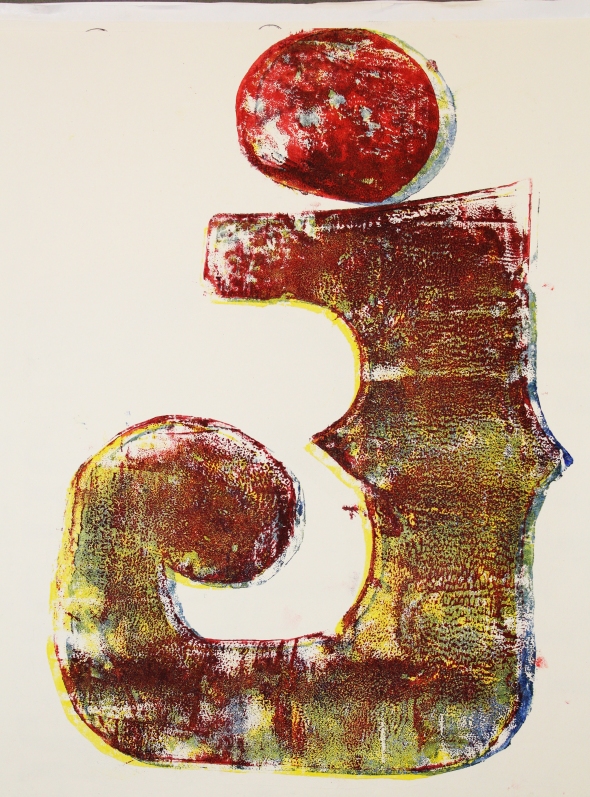 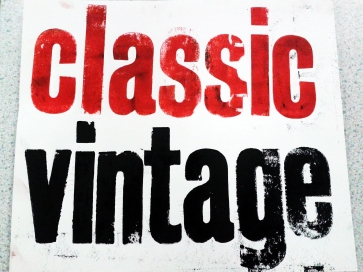 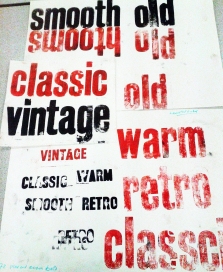 This is what I got up to, today!
As part of my Visual Culture Research Project, on the evocative natures of Vinyl Records, I pressed some type with some words I asked a few people for. This turned out really well and once they’re dry I can scan them and change them up for my outcome, (such as colour, size, position etc.)
Of course I am covered in ink, on my hands, arms, clothes and face. If I came out clean, I wouldn’t be working hard enough or having fun at all! 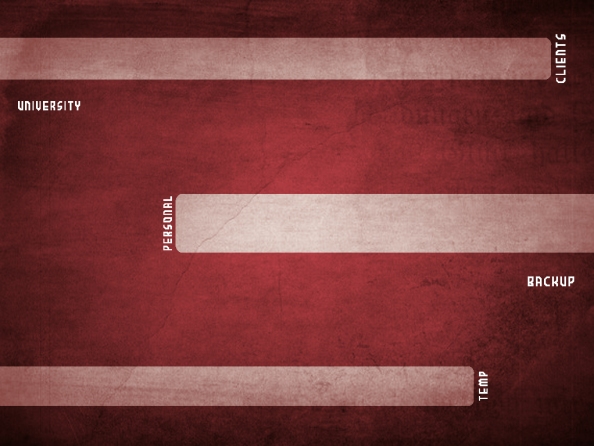 I decided to make a new desktop wallpaper, to help clean up my desktop with a little bit of organization. If I want to later, I can change the categories completely or around…. but for now this is a keeper till I get tired of it and change it around or the colours etc. The typeface is a free downloaded font, from I think Creative Bloq… it’s BROWNIE regular. The grunge effect was found here.

It’s purely designed by me, other than the font and texture. 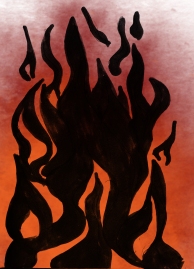 Added Orange on another layer, wiht the same brush. 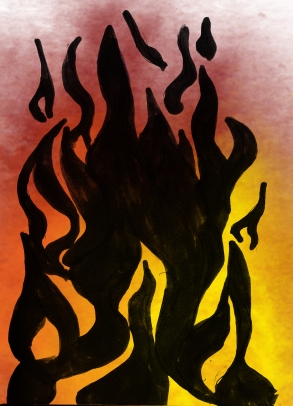 Added Yellow on another layer, wiht the same brush. 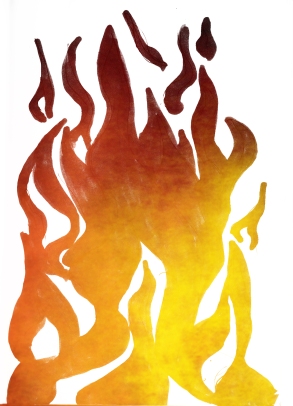 Screened the layer, and hey presto we have FIRE!!!

I’m a pyromaniac at heart!

Multiply – means to turn what’s white transparent so other things can show through.

Screen – same as multiply, but turns what’s black see through.

IIt is common knowledge that us ladies bleed for a week or less or sometimes more, once a month or not at all. This we either dread or are happy about the fact it arrives, before of course think ‘OH GOD WHY!!!!!’ …… the effects it has on us is rather interesting and different for each woman.

This poster I made to commemorate what it actually is to us, really. OTHER than the obvious things etc.

Thanks to yet another conversation, I have been able to gain inspiration for this fun drawing. I’ve always said to my self, that if I get a pet, it would be a large dog, possibly a Great Dane, a Labrador, an Irish Wolfhound and many other breeds that I like.

The inspiration for this, came from a sketch that I did a while ago, as a plan for a steampunk OC (original character) for a future cosplay. A talented friend of mine, took that and made it into a colour image which was pretty fantastic!!!!!

I love the steampunk fashion, and culture as it looks very classy in a great way. So, here is my steampunk alter ego self, with  Sir Pennington the Great Dane companion, with a steampunk watch for a collar and a red top hat for style.

Yesterday, I went to see Monsters University in the cinema, having seen Monsters Inc. as a child, this was a great insight as to see how Mike and Sully got into the business. I have always been captivated by great animation be it films, cartoons, or just small animated GIFs. I may not be a massive Pixar fan like Oh Matthew is, but I appreciate how much effort and time goes into a single character and the story.

“The Blue Umbrella” was the animated short that was featured before the film came on screen. Naturally I thought it was the start of the actual film, but then I realised no monsters were there. I was generally engrossed into this animated short. The houses, and general road side objects had their own character and personality which connected really well with the audience. The main characters, the Red and Blue umbrella had their own way of communicating like humans meeting each other for the first time. It was a love story between two umbrellas, and eventually the people holding the umbrellas. I found that the rain also helped set the mood. All the black umbrellas were extremely unhappy, but the Blue and Red umbrellas were both happy and cheerful.

What also captivated me was the fact that the contrast between the main characters and the other umbrellas were striking which made the audience focus more on the main characters. There was a sad bit where the Blue got parted from the Red, and the wind, road signs and all the other road or house objects helped the umbrella, until it fell onto the road, where one of the children sitting in front of me either said “die” or “bye” which was really cute and funny.

I really enjoyed this animated short as it is one of the best I have seen in ages.
The link is here: http://www.youtube.com/watch?v=lVFNRrL79w0

NOTE: I do not own the copyrights to this image